We usually associate the word "architecture" to buildings, bridges, and monuments, all three-dimensional elements that made up our cities. What we always forget and take for granted is the void created between these elements. It is does not matter if these areas are alleys, large avenues, gardens, or squares, they are essential elements to live the urban life in a pleasant and functional way. They are the stage of our everyday life, able to adapt to times and the way we use them.

Squares are the elements that give us the greater opportunities for innovation and change. They are like white canvas on which you can imagine many different solutions able to revive entire neighbourhoods.
The design of a square is extremely complex and there are many elements to consider. The first of all is certainly its context.
For example, we may have a free space settled in an already consolidated fabric characterized by high-quality historic buildings; in this case we could opt for a low profile preservative intervention, aimed at enhancing the surrounding buildings and giving them a greater prominence. Or, we could prefer a different intervention characterized by modern colours and lines, to create a strong contrast with the surrounding. 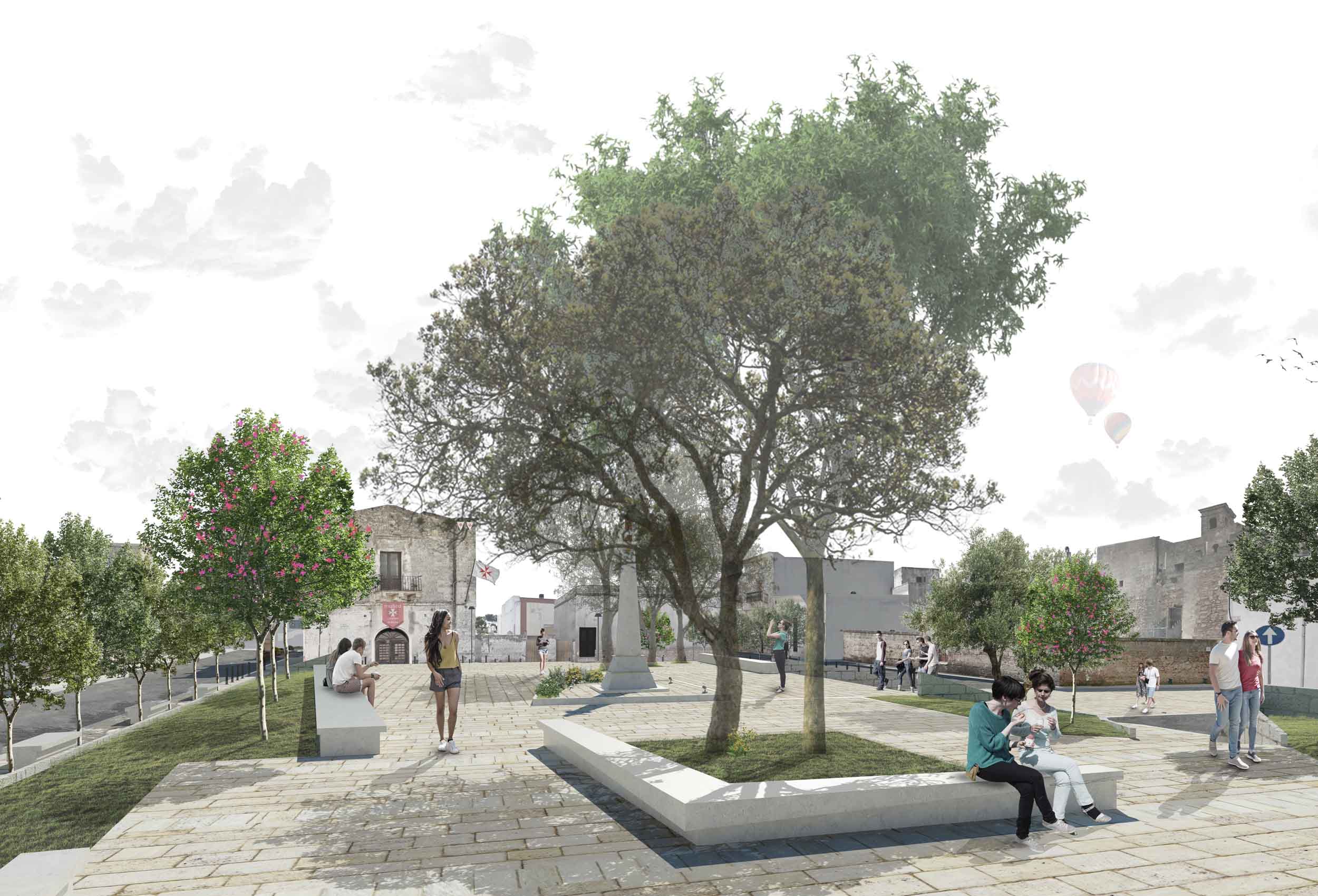 If it is an urban expansion plan, the scenario changes. A small piece of city is being built, made up of residential and non-residential buildings, designed in a new urban network of streets, avenues, green areas, and squares. In this case, various project proposals may be designed. For example, we could divide the available space into several functional areas; a dynamic area for the passage, a relaxing area with seats shaded by trees, and a playground intended for kids. In these types of contexts, you are also free to choose among a range of materials to be used. Stone, wood, and concrete can mix in a unique pattern able to also accommodate green areas and small ponds or lakes. 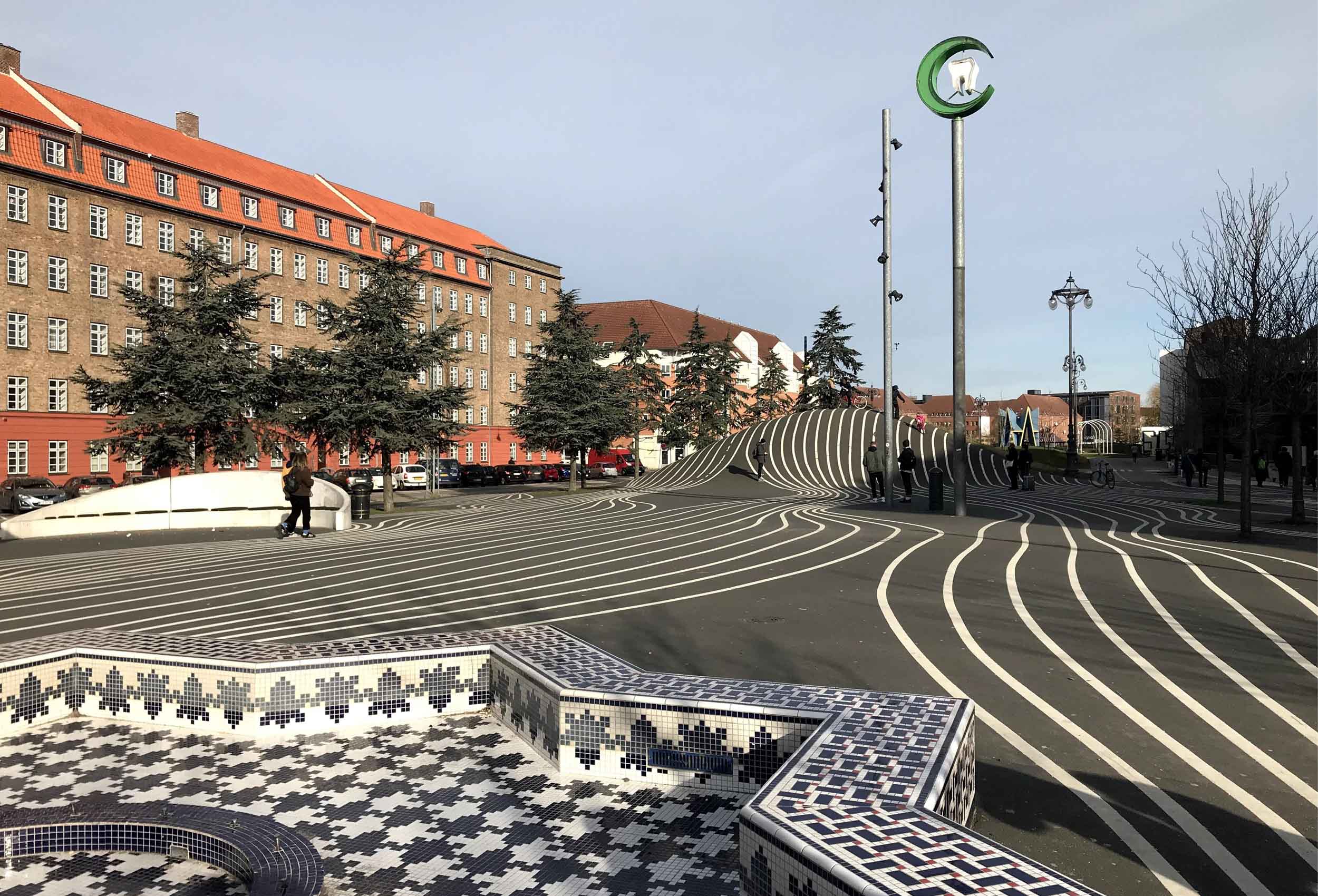 If we broaden our horizons and conceive the square in a less traditional way, we can find new contexts even in abandoned areas, once for private use. Our cities often conceal abandoned buildings of various kinds, frozen in their own historical memory, unable to come to light in present days. Many interventions are being implemented and these buildings are the uncontested protagonists of a true regeneration.
For example, Reinventing Cities, is an international call promoted by C40, in its third edition now, which provides for the redevelopment of abandoned and degraded sites to be used for environmental and urban recovery plans, compliant with the sustainability principle. These projects address both the issue of the urban recovery and the urgent need to change the way cities are designed and built, to face the climate emergency.
Rome, together with other eleven world-leading cities, Bologna, Bristol, Houston, Izmir, Lyon, Phoenix, Milan, Montréal, Naples, San Francisco, and São Paulo, decided to participate to this call. The areas proposed for Rome for this regeneration process are two, the former Mira Lanza Plant and the Via Vertunni Complex. The former Mira Lanza Plant consists of an area inside the Appia Antica Archaeological Park, an area used in the past for the extraction of basalt for railway activities, while the Via Vertunni Complex - located in the Eastern quadrant of the Capital – accommodated production, commercial and management companies.

The second essential element to consider is the people who will enjoy the square.
Each square, as well as any other architectural element, lives according to the use we make. An old tram line may become a beautiful linear park, as the Precollinear Park in Turin, a disused slaughterhouse may revive as a museum, such as the MACRO Testaccio Museum in Rome dedicated to contemporary art. The urban voids survived to our densely built and populated cities may become a meeting space, a peaceful oasis to relax while reading a book, a recreational area for children, a relaxing area to have lunch or take a simple break. 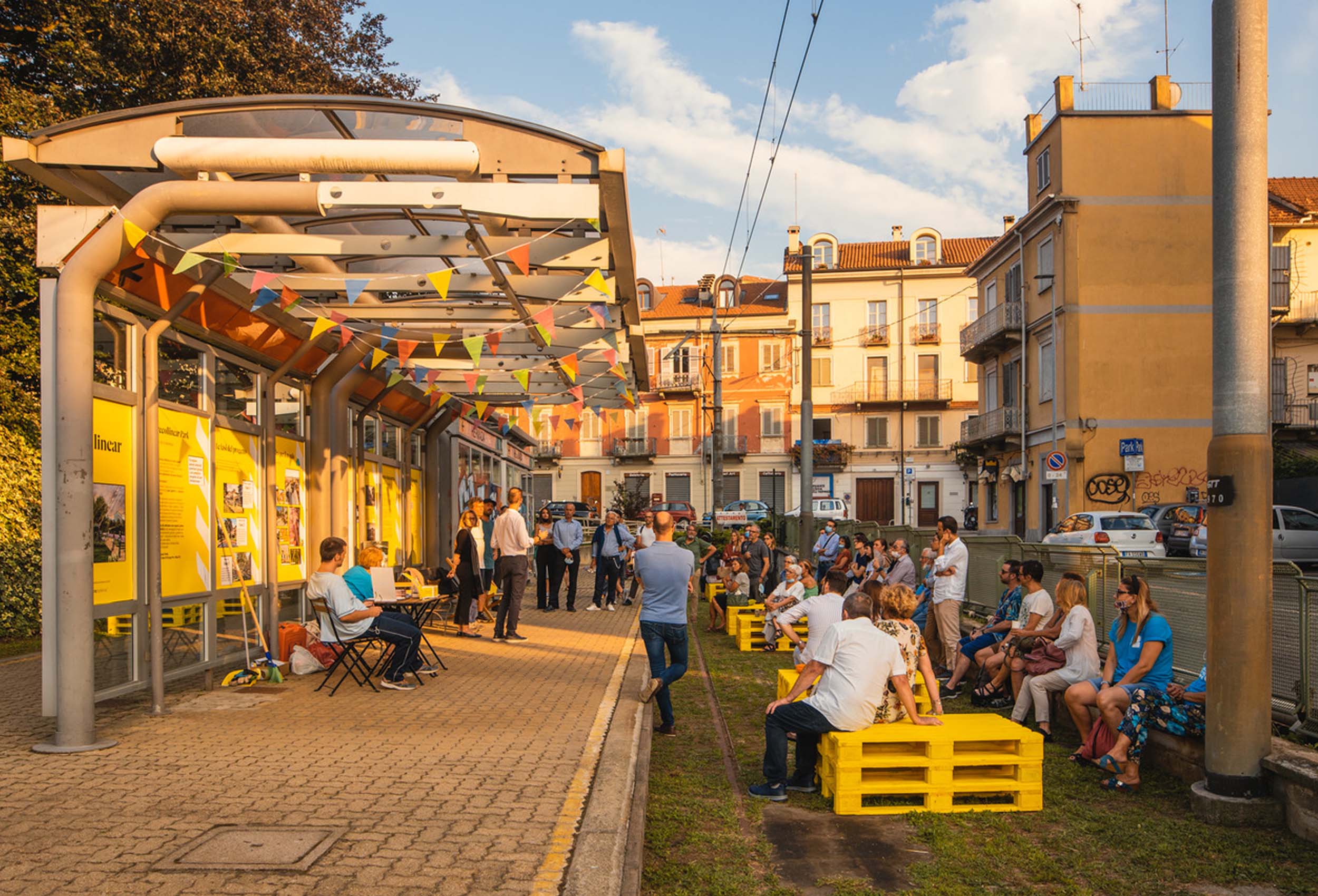 Without forgetting the critical areas adjacent to schools and hospitals that are essentially a single car traffic jam, where pedestrians must pay the utmost attention and alertness and are obliged to move in a zig zag to avoid obstacles. In these cases, the tactical urban planning is the lifeline aimed at facilitating pedestrians and transforming these areas into colourful urban oases, improving sociality, liveability, and safety. 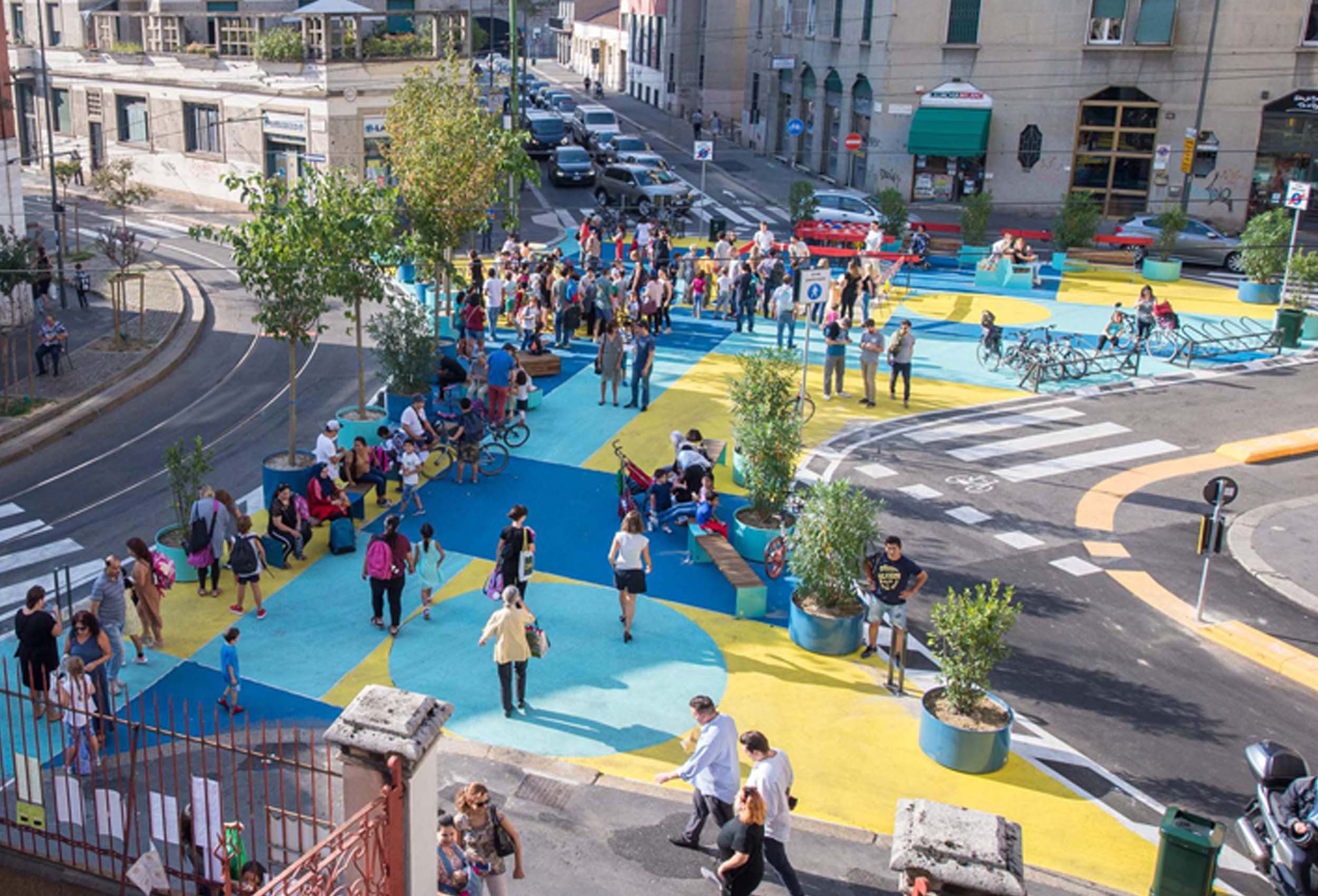 Nowadays, it is increasingly clear that the urban spaces should be conceived more for pedestrians than cars: it is required by a world affected by an ecological turmoil and an overall vision that should place the physical well-being of citizens at the centre of attention.