Playing in the green

Our cities are increasingly invaded by traffic and pollution. It is up to us to create areas free from smog and pollutants, even in small spaces. As in the design in question, many unoccupied areas between buildings may be recovered and restored, giving them a new life and quality. Green areas and playgrounds thus become common areas, usable to recreate new relationship dynamics between the users of the district or simply between the inhabitants of the neighbouring buildings.

Our intervention consisted in the construction of a new playground inside the former Sara Assicurazioni residential complex, located in the district Tuscolano Cinecittà, in Rome.
The total area of the complex subject to work is 20,000 Sqm. There are 6 impressive multi-storey residential buildings there, consisting of 8 above-ground floors each, used as residences from the first to the seventh floor. The ground floor is intended for commercial activities, entrance hall and pilotis floor. The common areas existing between the buildings are intended for unequipped green areas, pedestrian access paths to the different buildings, and private car parks with related manoeuvring spaces. 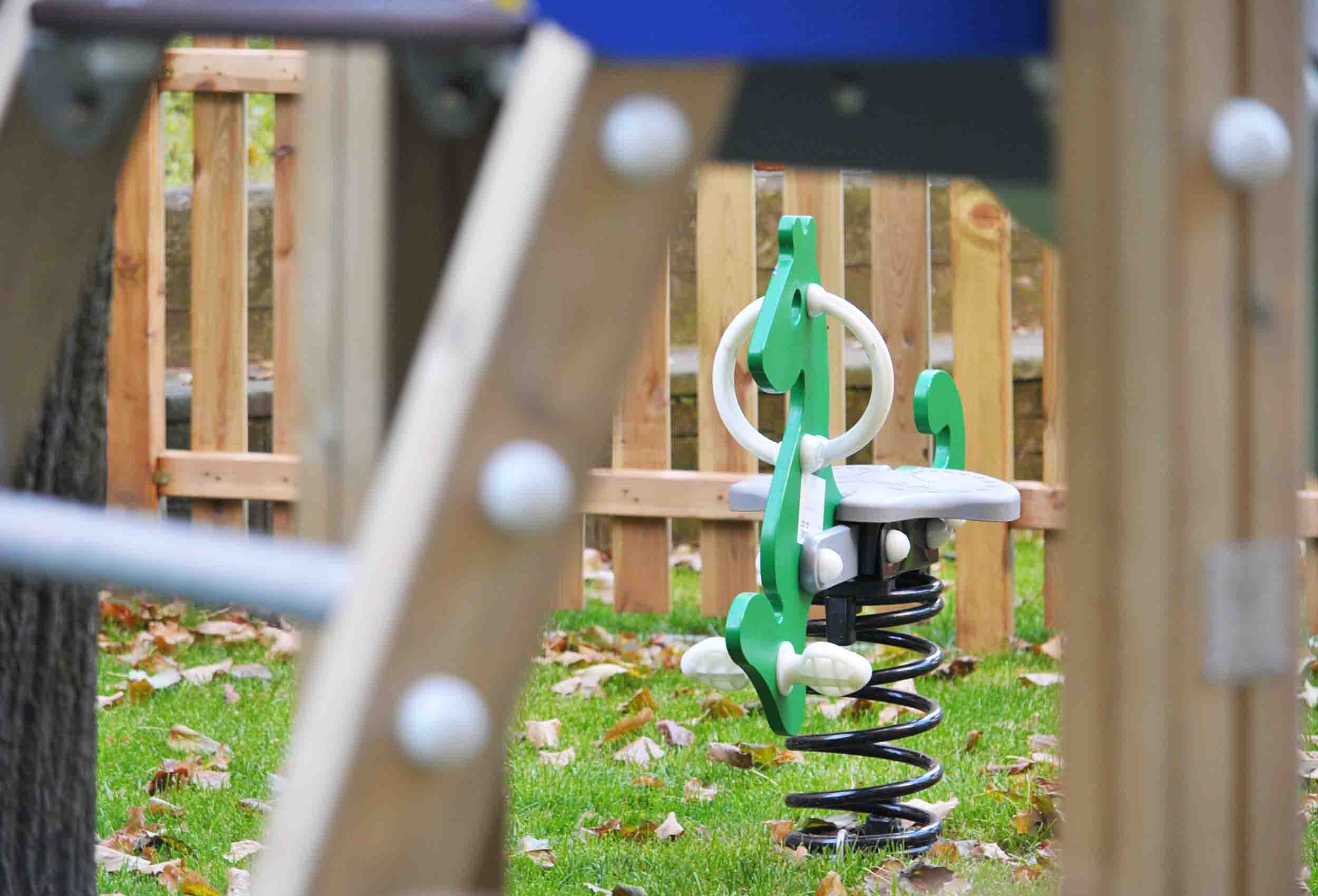 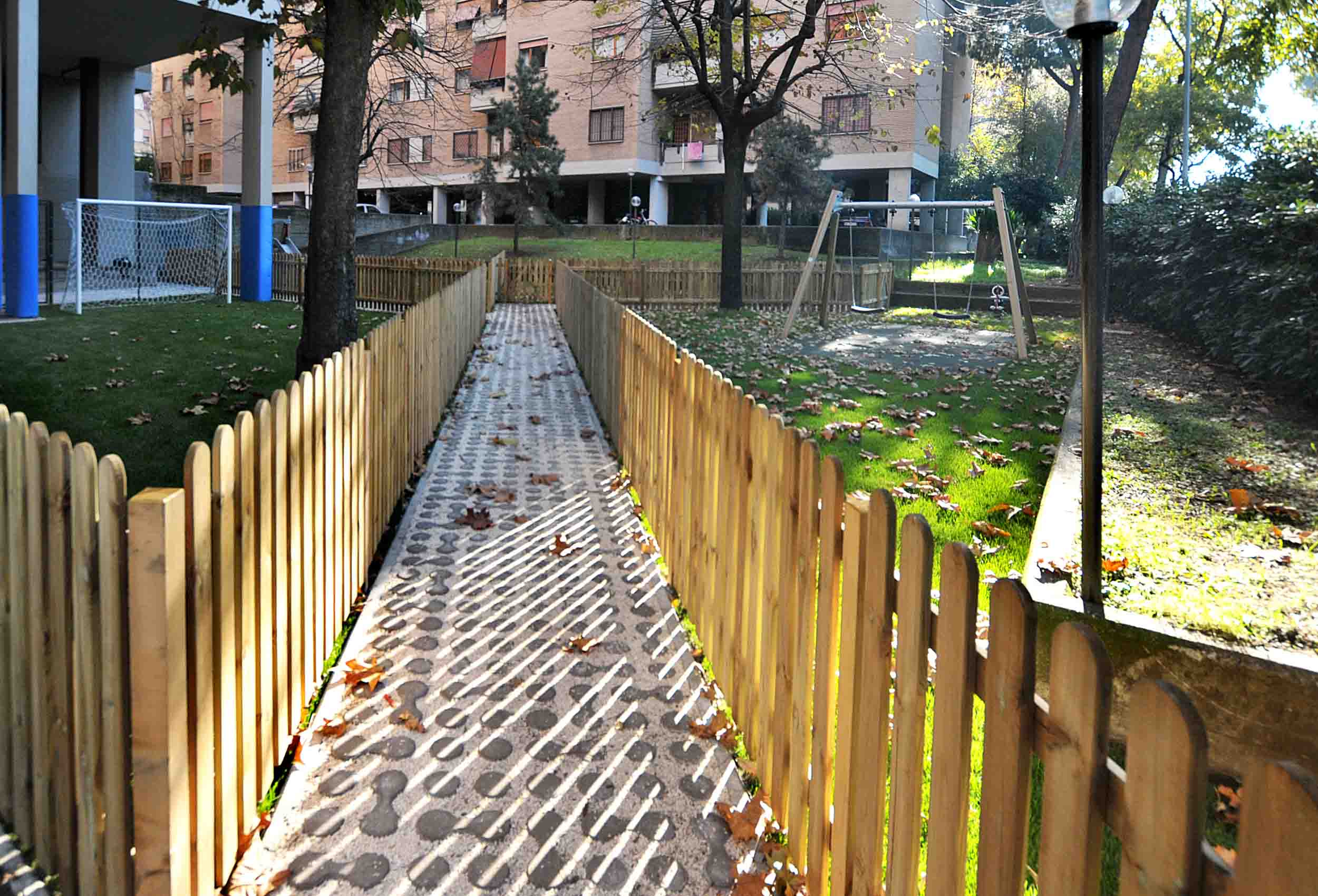 The owner of the residential complex subject to work has decided to create a green area equipped with games for children (from 0 to 8 years) and preteens (from 8 to 14 years), in one of the aforementioned unequipped spaces, whose total area is 330 Sqm. Such space is located in the immediate vicinity of Viale Palmiro Togliatti.

Some pedestrian paths were created departing from the 4 access points located at the ends of the intervention area. The intersection among these paths creates a "Y" shape, which divides the space into 4 areas: 3 areas are intended for playground and divided by age groups. These areas are equipped with swings, slides, spring games and soccer goal, while the fourth green area is intended for parents and adults.

A draining floor was used to paving the pedestrian access paths to minimize the environmental impact of the works and not to alter the drainage of the ground, as well as water-based and solvent-free painted wooden fences were used to perimeter the different areas.

The playgrounds were equipped with a new turf and an automatic irrigation system; the existing trees were maintained, in particular the 3 large linden trees, around which the new 3 playgrounds were built. New perimeter hedges to divide the aforementioned playgrounds from the neighbouring public street were built. 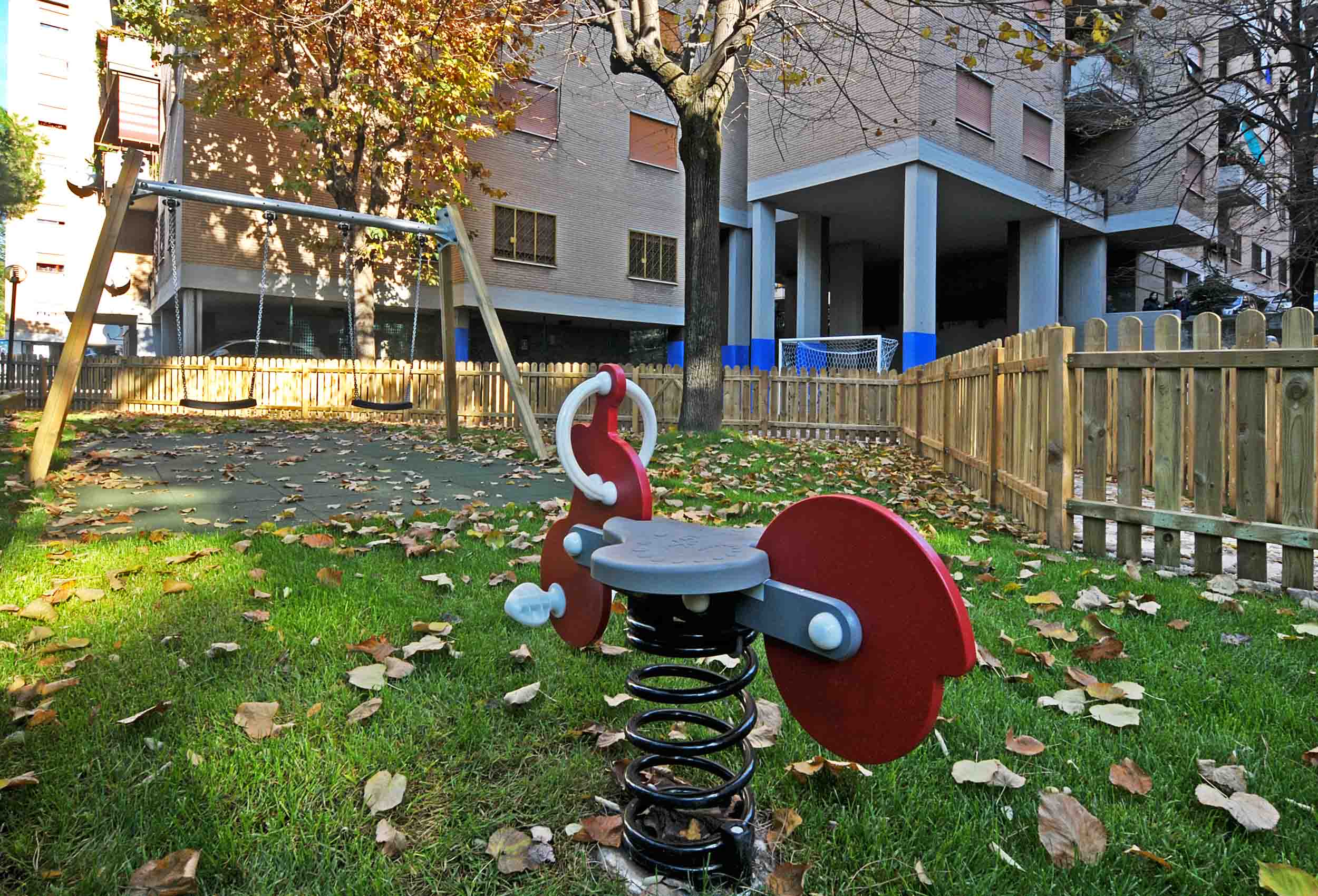