The attention to outdoor spaces is an increasingly felt topic, both by public and private bodies. A building located in the EUR district in Rome has precisely this feature: an external area facing the main façade. Our intervention involved the enhancement of the ground floor of the building (transformed into a restaurant), as well as of its roof garden.

The property subject to work is located South of Rome, in the EUR district, whose design began in the thirties and completed only in the following decades, due to the Second World War. Currently, the district is characterised by the presence of numerous museums, such as the Museo della Civiltà Romana (the Museum of Roman Civilisation), the Museo Nazionale dell'Alto Medioevo (the National Museum of the Early Middle Ages), by prestigious buildings, such as the Palazzo della Civiltà Italiana (the Building of Italian Civilisation), the Palazzo dei Congressi (the Conference Building) by the Architect A. Libera, and by an important residential and commercial fabric. 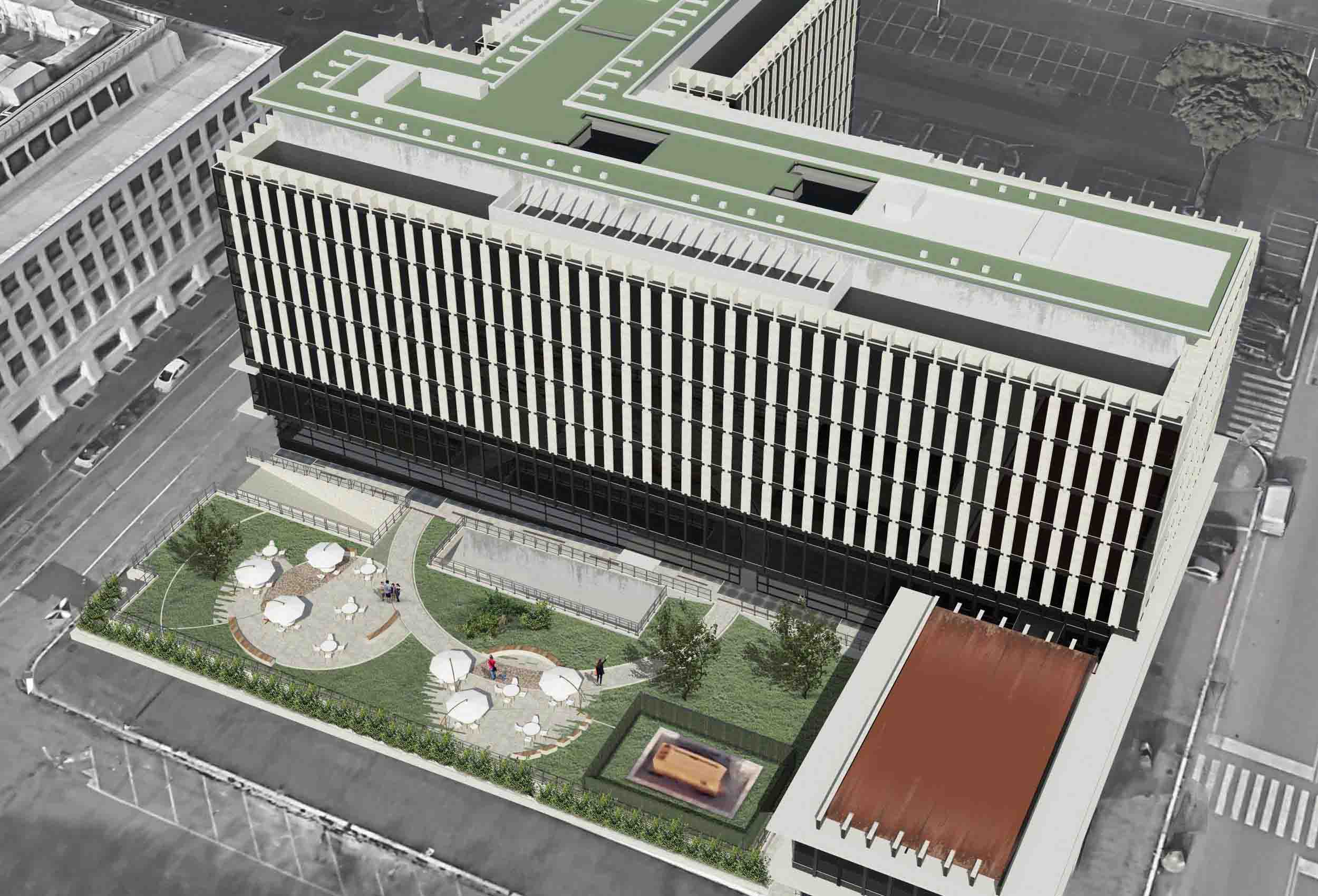 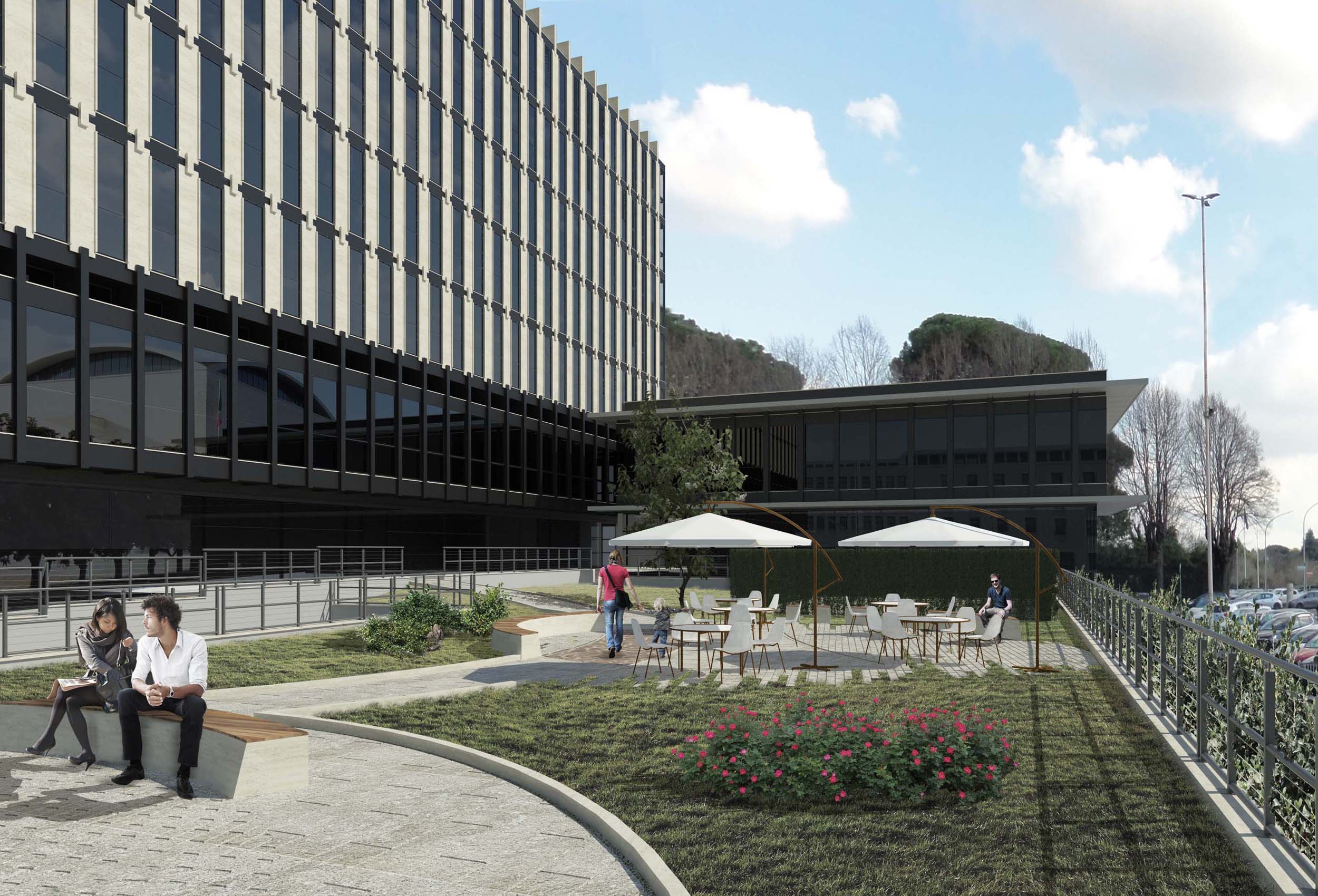 The design for the roof garden - now accessible - involves the realisation of a usable floor area, composed of curvilinear geometries that follow and intersect one another, thus delineating walkways and rest areas, to be equipped with removable furnishings and equipment, intended for the customers of the restaurant.

The natural stones, used as finishing of the work, will be of three different shapes and laid along as many laying inclines, to obtain a greater characterisation of the spaces and emphasize their dynamism. These stone elements will tend to thin out along the edges of the paved surface, so as to house green lawn inserts inside.

Another aspect of the design relates to the plant components, imagined according to an "architectural" vision which aims at "creating spaces" with a "shielding" and "privacy control" function. Due to the limited depth of the soil layer above the covering of the underground car park, it was decided to plant only herbaceous and shrubby species, without prejudice to the will to preserve the magnolia trees present. 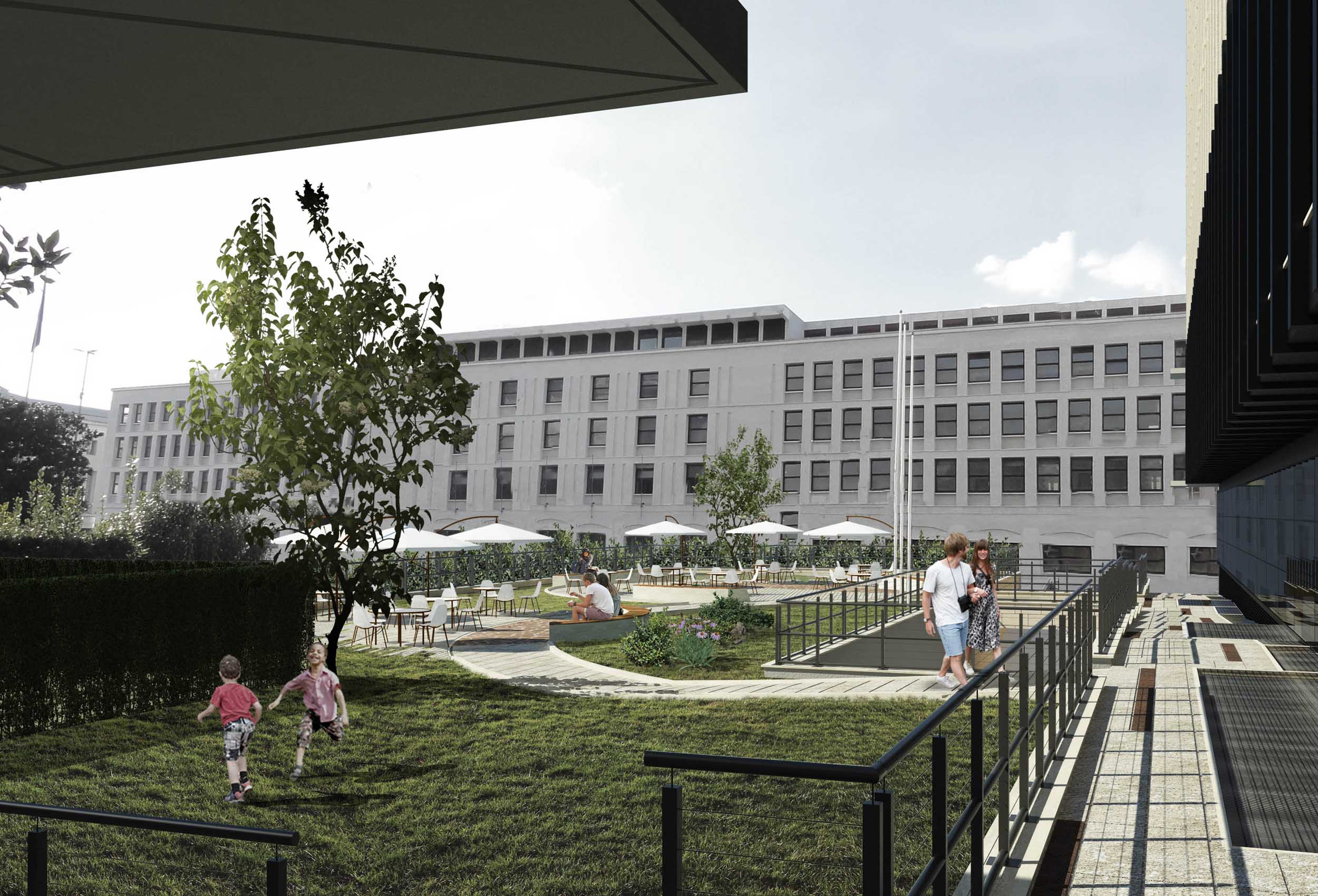