A roof in the nature

The restyling of this villa has allowed us to deal with a type of house with uncommon shapes. The customer's needs were various: provide a bathroom to each bedroom, for a possible extra-hotel intended use, renovate the interiors of the living area, restore the modernity and highlight the elements already present (such as the fireplace), in addition to many other specific interventions aimed at giving a unique and welcoming air to the environment.

The construction of the building dates back to the late 1950s; it stands on the mountainsides of the Gran Sasso d'Italia, at an altitude of 1200 meters. It develops over three floors, of which: the basement including a garage and a kid’s playroom, the ground floor housing the living area and a service room, and the first floor housing the bedrooms. The volume of the entire building is of particular interest: it is articulated around an hexagonal layout on the ground floor, that becomes circular on the first floor and finishes with a galvanized ribbed roof. The aim of the restyling intervention was the whole redesign of the interior spaces, giving an added value to the previous language of the 20th century. The care of the interiors was the fundamental basis of this project. In fact, the convivial area of the large panoramic room, equipped with fireplace, sofas, armchairs, coffee bar and dining room, is the undoubtful main character of this design, both for its central position, the light, and its panoramic view. Therefore, the windows of reduced dimensions of this room have been expanded by more than double, thus increasing the glass-masonry ratio and the consequent eye contact with the surrounding natural beauty.
An environment housing 4 bedrooms with annexed 4 directly accessible bathrooms has been created on the upper floor, to replace the initial layout consisting of 5 bedrooms and 2 bathrooms. Eventually, to reduce heat losses as much as possible in winter and thus limiting the heating costs, the transmission coefficients have been reduced thanks to the external insulation of all the surfaces.
The concept behind the entire project is the reinterpretation of an artefact of a different period, far from our days, by working out new modern and design solutions, which give a strong expressiveness to the space. 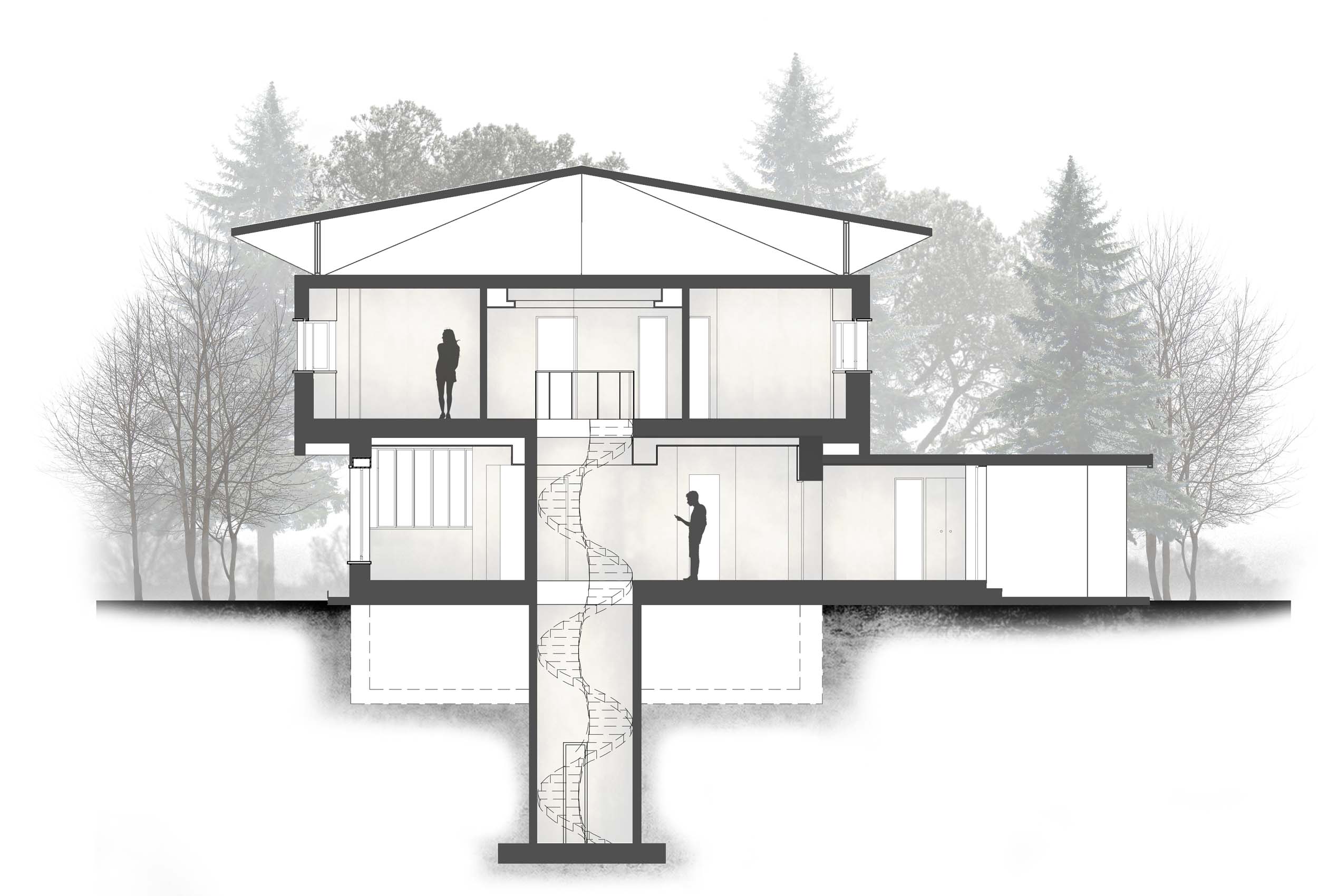 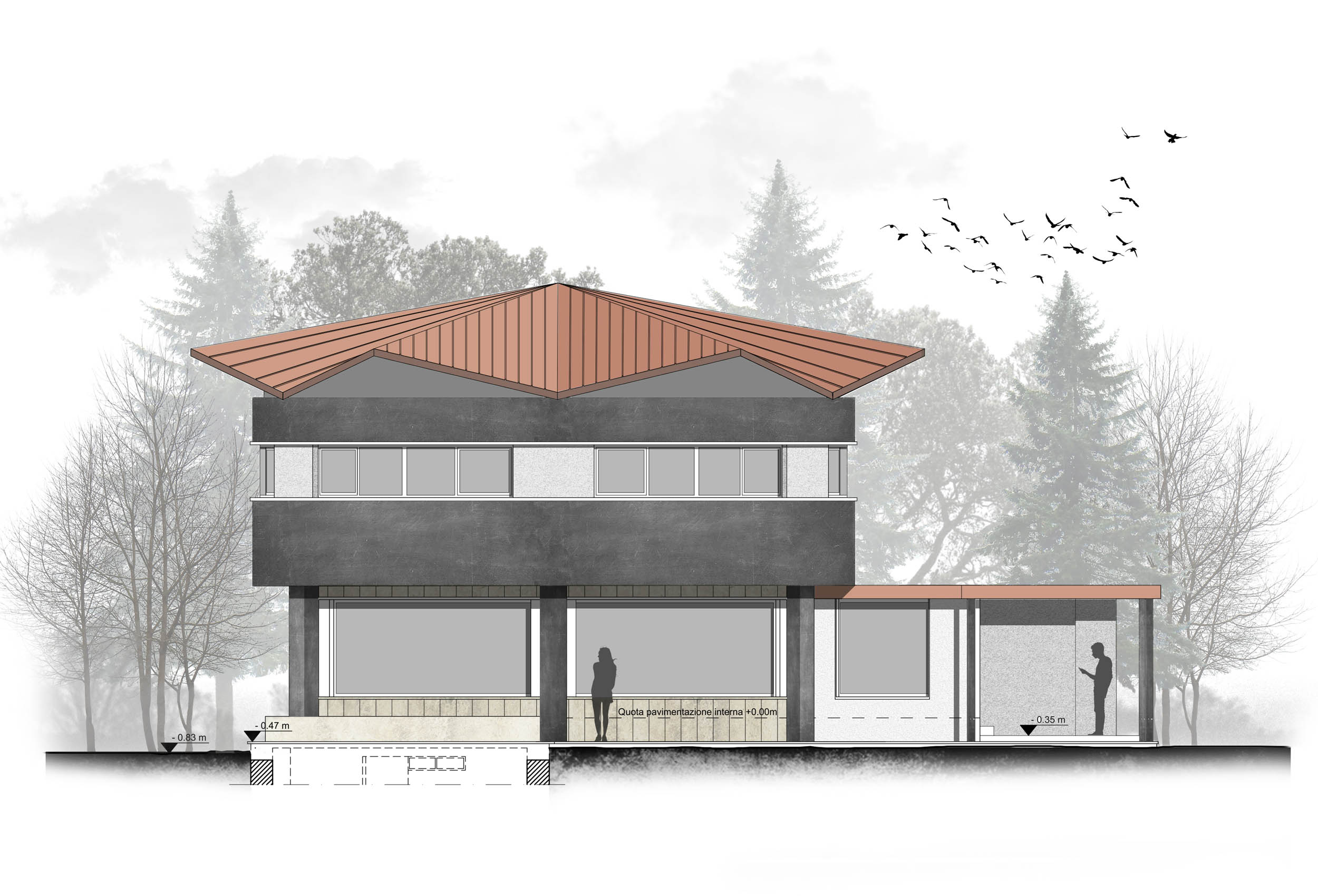