A sea penthouse to love

Many people, as well as our Client, think that the winter sea is extremely fascinating; this is why our Client required a design adaptable to all periods of the year, from summer to winter. An attic with a unique panorama, equipped with large windows allowing a full and fascinating natural lighting. A contemporary and minimal space that, thanks to the presence of the sea, become a "dreaming space", an escaping area from the din of nearby Rome, where to find the sought-after serenity.

This interior design concerned a flat on the top floor of a residential building, located in one of the most admirable coastal towns of Lazio, Santa Marinella. The 75 Sqm flat consists of two balconies (one of 10 Sqm and one of 5 Sqm) that are extremely important because they allow a beautiful natural lighting. The needs of our Client were to have a living space, communicating with the main terrace, a master bedroom with private bathroom, a guest bedroom and a second bathroom. 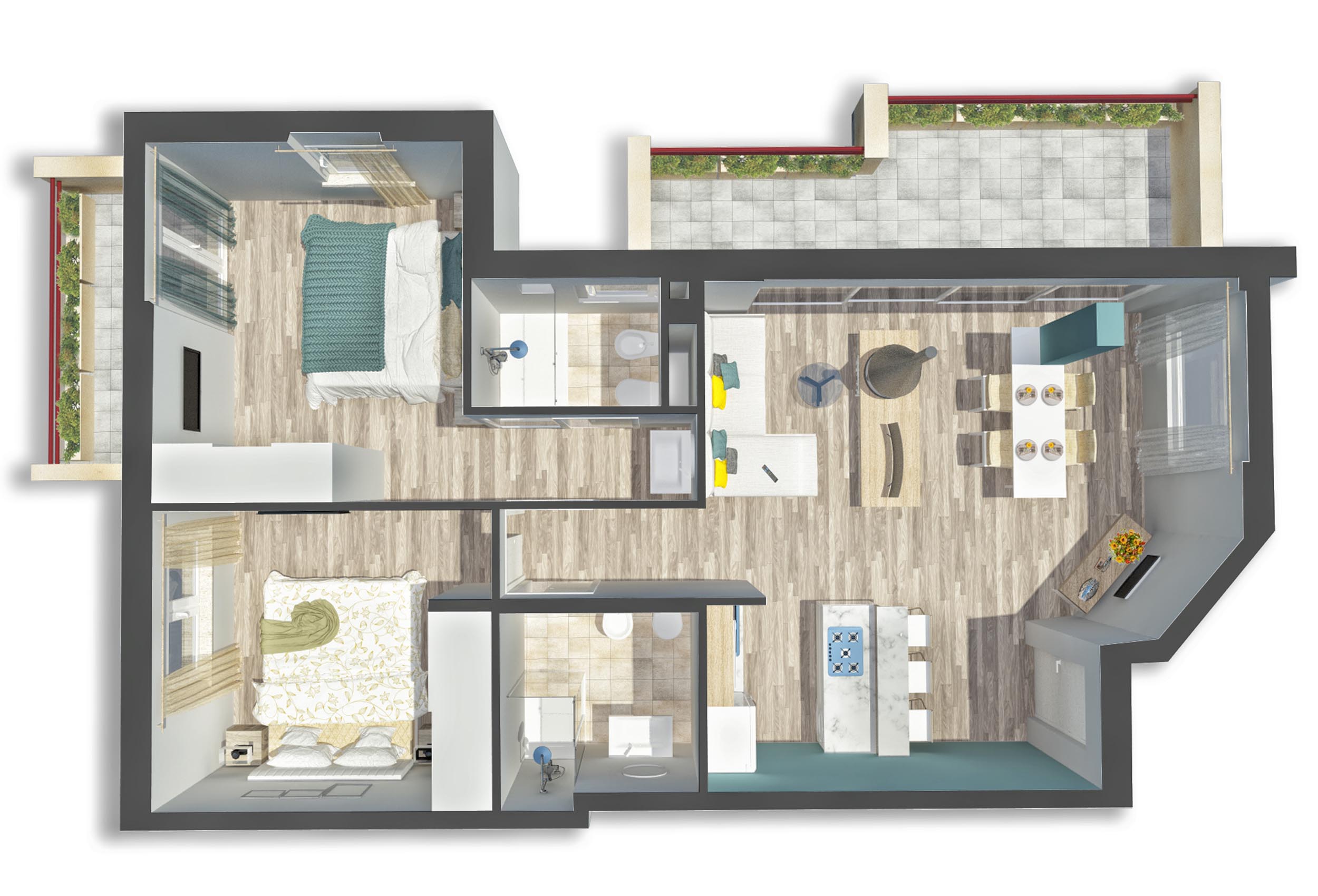 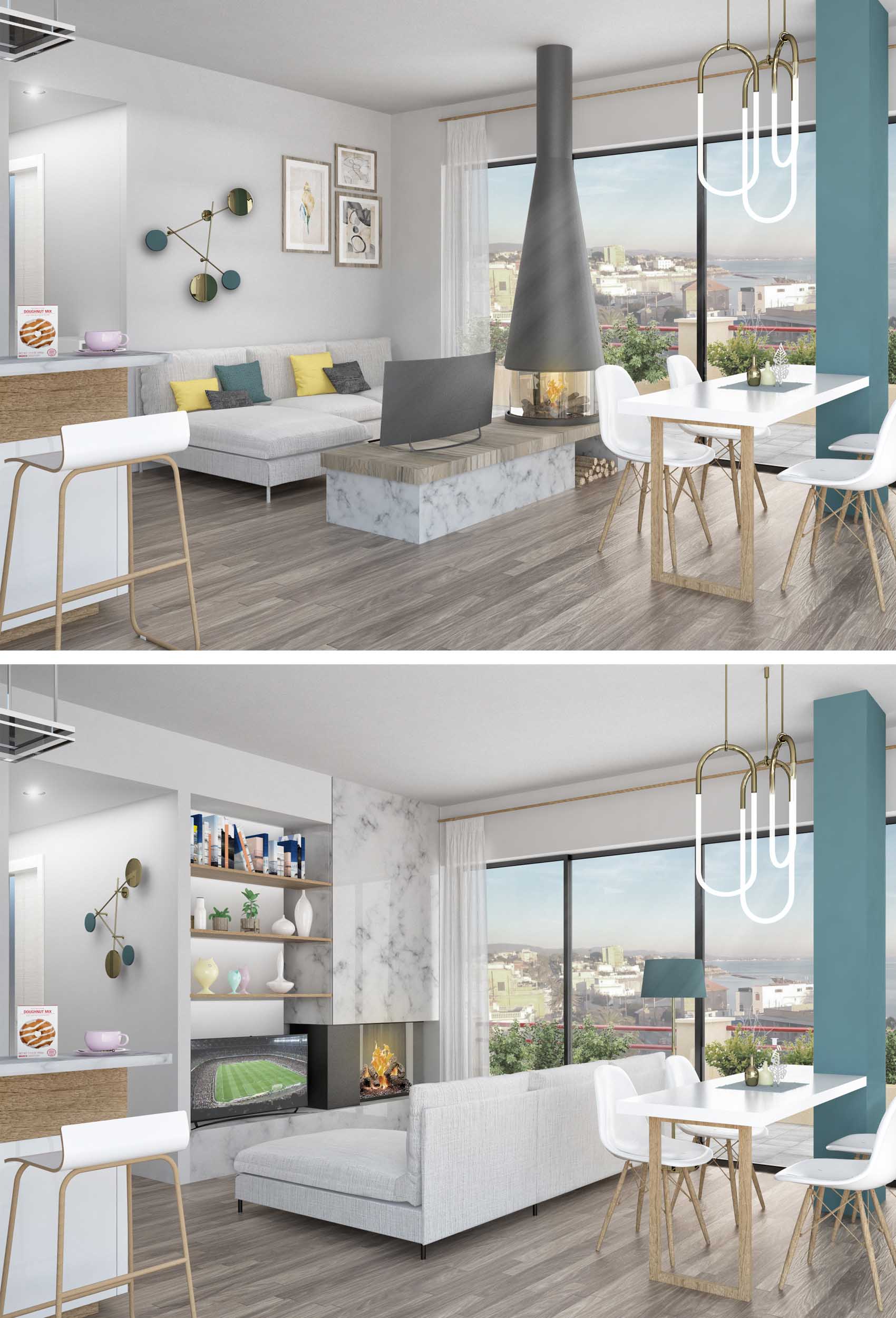 We have submitted two designs, based on our Client's requests of using the house even during the coldest periods of the year.

Since the heart of the design was the fluid open space living area, characterised by well-defined spaces, our two proposals provided for the same design structure of the kitchen and, as only variation, the layout of the conversation and dining area.

The cooking area is characterised by a large central island with contemporary features, equipped with all the necessary comforts; the white colour and the wood elements dominate the environment, on the background of a dark blue-green wall that defines and gives character to the area.

One of the solutions proposed for the living area was characterised by a wall equipped with shelving, fireplace and television compartment with Northern European features; the other one had warmer characteristics, thanks to the presence of a fireplace with a marble and wood base that physically - but not visually - divided the dining area from the living area, where the television is housed, according to our Client's choice.

The common thread of both options was the interaction with the terrace, its spectacular view, and the proximity to the kitchen area. The false ceilings were used only to hide the designed plant installations, thus allowing not to reduce the spaces of the attic.

The sleeping area is characterised by the presence of two bedrooms: one for the guests and one for the owners, which has a free access to the balcony. The floor of the master bedroom, as well as of the entire attic, is made of parquet; furniture of the master bedroom is minimal, with simple shapes and pastel colours. The master bedroom is also characterised by the presence of a private bathroom, with a custom-made shower, deliberately placed in visual contact with the bedroom through a window. A contemporary, bright design that communicates with the great beauty of the sea in the background, which gives charm and beauty to this splendid penthouse. 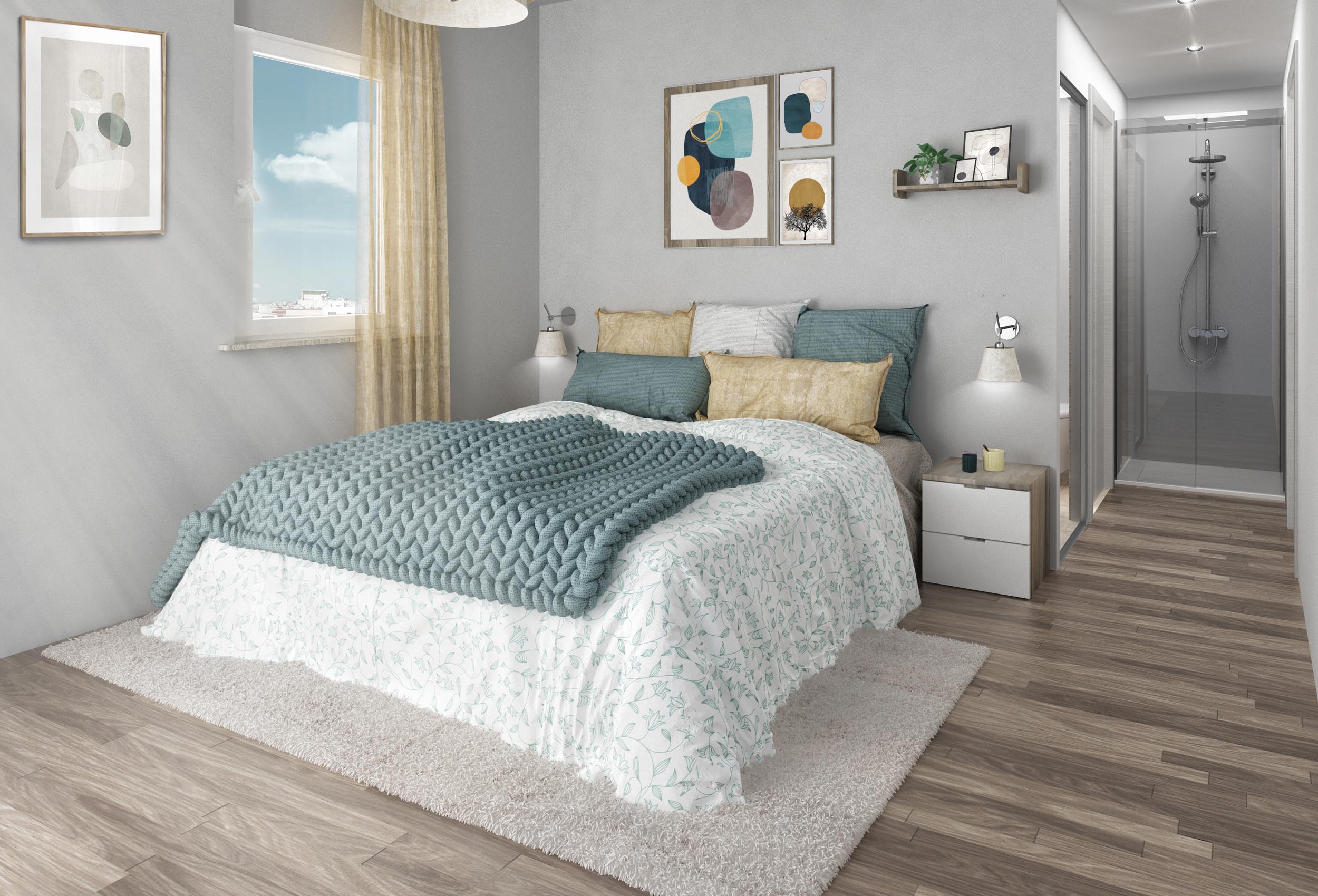 Tell us about your idea